Don’t wash your hands of good ideas – Insights vs Observations 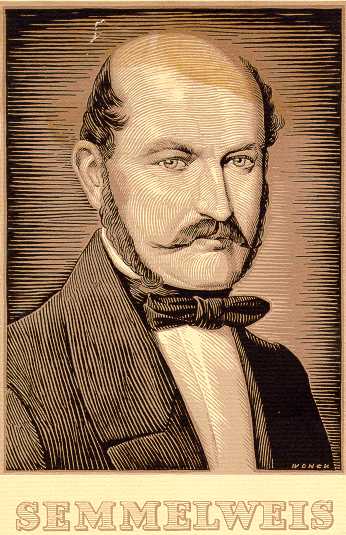 In 1846 the pervasive belief amongst the general population (including most doctors) was that illness was caused by bad air and evil spirits. So much so that the Victorians had a habit of leaving their windows shut to prevent illness wafting in.

Dr Semmelweis however was part of a new breed of data driven physicians looking more deeply into what really caused diseases. When he started work on the maternity ward at Vienna General hospital he wanted to work out why so many women were dying of childbed fever (puerperal fever)

He quickly spotted that women were dying at five times the rate on wards with doctors working on them than in the nearby midwives clinic.

Observations are the first step

He started off my making some clear observations.

Women who gave birth in the midwives clinic gave birth on their sides not their backs, so it was an obvious step to switch the women on the doctors ward to their sides during childbirth.

He next observed that a priest rang a bell and walked through the ward whenever anyone died of childbed fever. Obviously, banning the priest with his ominous bell would stop the other women becoming so scared they caught the fever!

Again, no difference at all.

Finally, Dr Semmelweis heard about a surgical colleague that had died after pricking his finger during an autopsy on a woman with childbed fever. Other doctors told him this was not an uncommon occurrence and when he discovered that the pathologist had died from the exact same cause as the woman he was autopsying something clicked.

Semmelweis had a Eureka moment!

Childbed fever wasn’t something only women in childbirth had, anyone could catch it.

By connecting the dots that doctors at the time were also conducting multiple autopsies as part of their role, Dr Semmelweis had an insight. There was something microscopically small that must be on the hands of the surgeons before they delivered babies.

No one had conceived of the idea of Germs before this point, but Dr Semmelweis had discovered through thinking more deeply about his observations that these tiny ‘particles’ of illness must be spreading through contact.

He encouraged all his staff to wash their hands thoroughly and to deep cleanse their surgical equipment in chlorine before touching new patients.

And guess what? The rate of childhood fever dropped dramatically on the wards.

It’s a great example of needing to investigate the ‘Why’ behind the ‘What’.

I teach on my training that observations are not bad, they are the essential building blocks of insights. However they are the beginning not the end of the journey.

Train to do this yourself

If you want to learn more about Insights and how they lead to better innovation then book your team on my Insight training at www.MatShore.com