Amazon Astro – Roaming around your home? – Good idea or not? 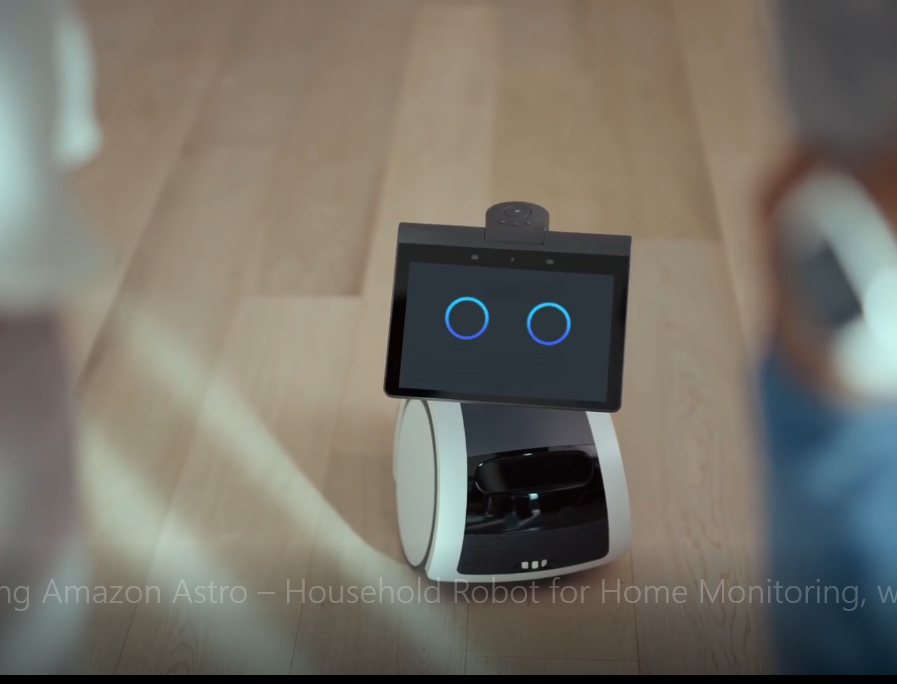 This week I saw the announcement from Amazon of the Astro household robot. It appears to be an Amazon Fire Tablet on a large castor that rolls in an out of your living space, recording and broadcasting video and audio.

What could possibly go wrong?

In the video commercial included in this post, Amazon are trying to present the uses of such a robot as entirely benign.

Insights include the need to scare away raccoons that are eating your cupcakes and delivering bottles of beer to sceptical technophobic relatives.

It is clear however that the robot can be used to move through your home via remote connection filming and interacting with your personal stuff (even the knobs on your gas stove). I’m not sure this sounds like a good idea?

A lot of questions remain unanswered for me, such as how it climbs the stairs if you don’t happen to live in a single story hard floored apartment? Will it suffer from the same limitation as a Dalek? The arch nemesis of Dr Who that seek world domination as long as no stairs are involved?

More seriously, the scenes with the robot filming and broadcasting with children and rolling around the house are concerning. I also worry about the idea that when the occupants were out Astro is filming all the open windows and doors. This all seems to me like a hackers paradise.

I ask myself first and foremost, what does this value proposition offer over the existing security solutions I own?

Can’t I just carry my existing tablet from room to room myself and achieve all the benefits suggested by Amazon.

Maybe I’m wrong? Let me know whether you think that the Amazon Astro is a good idea in the comments below.

You can find more case studies like this at MatShore.com